What is Diode and Type of Diode?

Diode is a two-edged ectronics device. It is used primarily to move the electric current to a particular direction. This prevents the opposite electrical current.
The diode is basically made of two types of materials. Such as: silicon or germanium. But silicon type diodes are more used. 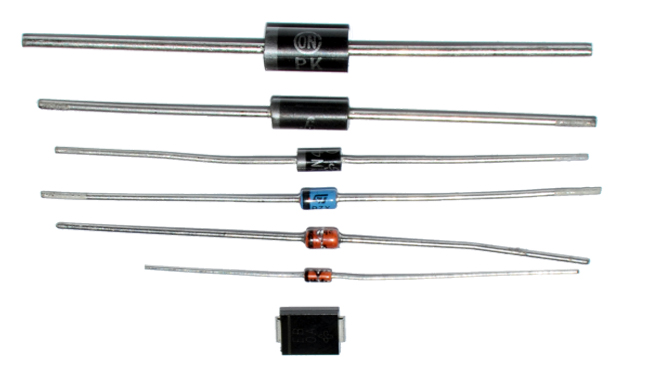 Structure: The diode consists of two types of semi-conductive materials.

Diode biazing: Before the biodegradation of the diodes, we need to understand, what is actually bayasaing? Busing is complete by completing the circuit by connecting a device or part to the device, such as the battery, its etc.
Depending on whether the current flows through the diodes, its biasing depends on it. Diodes can be used in two ways.
1) Forward Bias
2) Reverse Bias
Foreshadow:
If the electrical source (eg: batteries) is attached so that the positive side of the battery is with the P side of the dosage and the negative side of the battery, along the n edge of the dosage. Then call him Forward Bias. Look at the picture, –

We know that therapeutic charges attract mutual fundamentals and contradict each other in contrast to the opposite charges. So, seeing the picture, it is understood that the positive charge of the battery will be used to inhibit the diodes of the diodes. Similarly, the negative charge of negative charge of the battery will deteriorate electrochemicals. Thus, due to pressure from both sides, the gap between the space or the depletion level will be narrowed. And at one stage, the holes will enter the N-type region and the electrons in the P-type region. As a result, the electricity flows through the diodes.

In this way, the negative charge of the battery will be attracted to the diodes. Similarly, the positive charge of the battery will attract the free eclampses of the dod. Thus, due to the attraction from both sides, the gap between the space or the depletion level will be expanded. As a result, electricity can not flow through the diodes.
However, if the overdrawn voltage of the specified range is applied, then the depletion region will be broken and the diode will lose its character, ie the diode will be lost. In this situation, the entire flow of electric current will be flowing through the diode.