Microcontrollers and microcomputers | Take part in this course actively and become a master of a microcontroller.

Computers are an integral part of our lives. Someone has become the best friend, some dear friend, and someone else’s life partner. We are familiar with different types of computers, such as Super Computer, Mini Computer, Micro Computer etc. We usually use a micro computer in our normal operation. There is another type of computer called single chip microprocessor. Today’s discussion is about this single-chip microcomputer.
Something about the microphobic computer 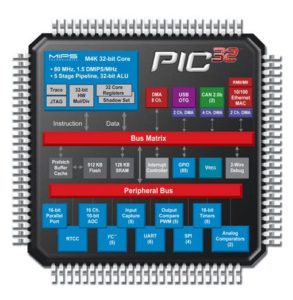 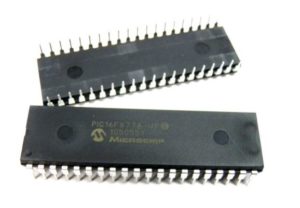 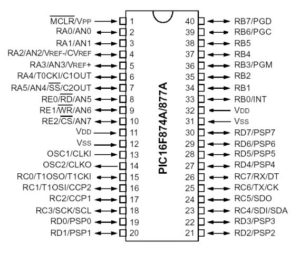 Microcontrollers are called single-chip microcomputers. The single chip is similar to a normal IC chip to see the microprocessor. Many people are probably surprised. A motherboard of a computer can be seen, lots of IC chips, and I’m saying a chip is a computer. Now let’s prove it.
Various types of microcontrollers are available in the market to buy. Microchancer is MicroControler made of Microchip and AVR series Micromontroller made of Atmel is very popular.
One of the most popular microcontroller in the PIC series is PIC16F877. Looking at one of the features of PIC16F877, we can prove that microcontrollers are single-chip microcomputers.
Features of PIC16F877
Flash Program Memory: 8k words of 14 bits
Data SRAM: 368 bytes
Data EEPROM: 256 bytes
Maximum Operating speed: 20 MHz
Wide operating voltage range (2.0 – 5.56) volts
Industrial temperature range (-40 ° to + 85 ° C)
33 Input / Output pins
5 Input / Output ports
35 single-word instructions
10-bit, 8-channel A / D Converter
3 timers.
Programmable code protection.
From the features of PIC16F877, we see that there is a microprocessor inside a PIC16F877 that can work at the maximum 20MHz clock speed, in which 8k words program memory, 368 bytes RAM, 256 bytes EEPROM, 5 Input / Output ports and 10-bit, 8 -channel A / D Converter, all of which are in the basic structure of a microcomputer. The microcomputer we use is very much different and they are small in microcontroller.