Make the LED Sound Lavender yourself.

Today, you will show a nice Sarakit that will come with Sarakit
You can control the level of any audio noise, such as only
In order to consolidate the sounds of the operators in various channels,
There is no alternative. Besides, the sound of the two-third floor of the mosque and
This circuit is very useful for controlling the amplifiers’ volumes 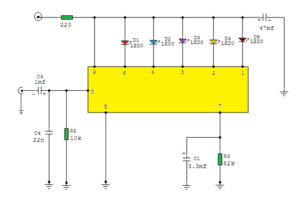 Other than that, you can use the Sarket with the soundbox you use
You can use any amplifier with your sound
Boxing music and any sound of the lamp will glaze beautiful serials.

14 thoughts on “Make the LED Sound Lavender yourself.”